With the incessant cavalry charge towards “authentic leadership” in full swing, one of the most regular battle cries is to “be able to look at yourself in the mirror”. It’s something I’ve always believed in and tried to live by. Tough decisions do need to be made for the greater good, but as long as they are made fairly, with good intent and most importantly, respectfully, then the mirror can be stared at without fear.

Recently though, I’ve become a little more wary. Because the truth is, all leaders really believe that they do do the right thing all the time, and in the right way. With only a cursory glance of their plentiful inspirational LI blogs and a fleeting listen to their motivational podcasts, you can almost see them all, furiously nodding along, convinced that they are delivering authenticity with aplomb, and their individual mirrors stand proud, starring back at them chest out. Yet we all know that a far too high percentage of leaders are mercenary and egotistical lunatics. The conclusion that I’ve arrived at to solve this complex riddle is that the crux of the problem is actually with the mirrors. 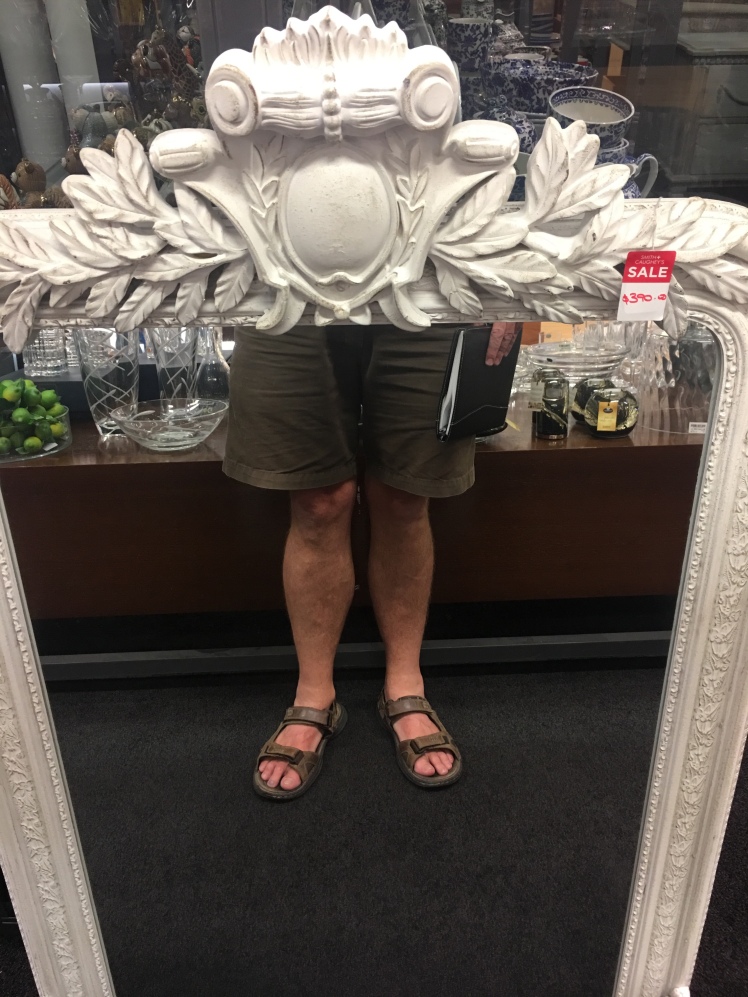 Take yourself back to your childhood. Remember the days of the old fashioned summer holiday, chugging along in a packed and overheated car to some pokey seaside resort for your annual fortnight in the drizzle. As a kid, at least for me, the highlight wasn’t the beach or the sea but was the lavish suite of seaside style “entertainment” options available. Carousels and fortune tellers on the pier, bingo parlours, the inimitable smell of popcorn and donuts. All available instantly online now of course, just like everything else in life, but back then it was only available in that annual fortnight, and it was special. One of the more quirky treasures in this veritable feast of teenage targeted temptation was the hall of mirrors. Usually stuck far back in a dusty corner of the fun land theme park or the central pier. It was never overly crowded, and it was somewhere you wouldn’t spend too long in or rush back to, but I’m sure you remember it – “ooh look this mirror makes me short and fat, and this one long and thin, and now I’m wobbly and wavey”. Strangely these have seemed to disappear from our modern day repertoire of entertainment palaces, and my theory is that it’s because they’ve all been sold off to top executives.

I am all for the premise of “beauty being in the eye of the beholder” but it gets more complicated and even more subjective when it’s about leadership. If all leaders know they are leading well, and yet from any random survey or feedback dipstick, usually almost half of any team think they’re being poorly led, then you don’t need to be Einstein to smell a rat. And I know who I believe.

So what can actually be done about it? Well, we could finally use the modern digital age for good. In an extended spirit of #metoo but hopefully for everyone to participate in, we could call out bad leaders via social media, turning the screw on the very platforms they use to peddle their dubious claims of authenticity and humility. We could move on from the current nauseating impasse of regurgitated motivational nonsense that we’ve all read before, followed by the oh so predictable flood of sycophants and do-gooders shouting “look at me” from the rooftops (or the keyboard tops) No, what we need now is to make it real. The Uberisation of leadership. An open forum to rate your boss, out there in all its glory, for all to see. How about launching the “Big Bossometer”? Give your Executive leader a star rating from 0 to 5, and follow it up with ratings on sub categorisation, like self awareness, authenticity and pompous twatness. You could even gamify it with a soundtrack or two. Anyone scoring over 4 on average could be met by an auto rendition of Ed Sheerans “Perfect”, and those getting less than one met with a caustic Alexander O’Neal performing “You’re a Fake, Baby”. Get Apple on board and this could be hard coded into ring tones – everyone would know what they’re dealing with whenever it rang. I reckon it’s a winner.

In all seriousness I am flabbergasted that the “outing” of the many frauds, freaks and sycophants from the ranks of top executive leaders has not yet really taken hold. Even when everyone knows, somehow these people get to just ride roughshod and carry on. And even when they get forced out, it’s rarely with any consequence, so that there’s no ugly corporate fuss that may upset any apple carts. And what happens then is the frauds and shiesters just get to move on and spread their egotistical toxicity elsewhere.

Back to the hall of mirrors. Maybe there’s a spark of hope there too. Imagine if we could harness modern day AI based “Truth mirrors”, that only distort your image when you lie / exaggerate / blow your own trumpet unnecessarily. Or worse. Instead of the quarterly executive retreat in a countryside lodge, all top execs could be forced for their annual team builds to go back to seaside resorts. The renaissance of the fun fair on the pier would be complete. A hall of truth mirrors where no exec gets let out until he or she has a true and non wobbly reflection smiling back at them. And perhaps some sort of active audience participative torture for the most distorted morsels? I’d pay more than my five dollar entry fee to witness that.