Ok, so I can’t claim the title as an original. Indeed it’s probably almost vintage, being from the late 80’s (an era which, by the way, I still consider as just yesterday). I have brazenly stolen it from a memorable placard I saw on my first day at university, which was pasted to the door outside an ominous austere grey monolithic building and declared – “Come inside! Find bizarre sports at the sports bazaar”. Now, I don’t know what I was expecting at university, being the first ever from my family to have “made it” there, but this certainly wasn’t it. Up until that moment I naively thought I was there to be studious and diligent in order to secure an express lane ticket to future riches and success, previously out of reach for the likes of us. Hadn’t done my homework I guess. Seeing this sign woke me up to the reality of the funfest ahead of me, a profound moment that has stuck in my memory bank. A sense of perspective on life and an appetite for the bizarre (see what I did there?) has happily stayed with me ever since.

As has a passion for sport. Sport has always been really important to me. Whilst I’m not one who believes it’s worthy of four years of university study to “ascertain the why” we do it – sorry sports psychologists – it certainly seems to me that I’m far from alone in valuing it’s importance. Supporting team sport releases you from your day to day stresses and hassles (although often introducing a second tier of other worries), makes individuals feel part of something big, sharing the highs and despairing lows of a whole different universe. Playing team sport similarly introduces you to an other world, where you learn things about yourself, sometimes brutally, and as viewed from the eyes of others. And individual sport creates space and builds character, something I know all to well with my recent conversion to long distance running. And the beauty of sport is that it almost doesn’t matter what sport it actually is that you do or watch. The impact and the learnings and the opportunities are the same.

You will notice I did say almost. You see there are some sports that you do have to question. And no this isn’t a pop at synchronised swimming or other such questionable Olympic additions. And it certainly isn’t a pop at the rapidly growing women’s team sport growth in popularity and credibility. This worthy turnaround in attitudes is a joy to behold and will only grow. In all these sports you can see, sense and feel the camaraderie, the passion, the toil and tears, and that is what sport is about. Part of the beauty of sport is the variety.

At University we had a croquet lawn. It wasn’t often used by the impoverished and radically angry student brethren of the late 80’s, or at least not in the way the architect or the Croquet Gods would have wanted, but there is was, bold as brass, mid campus. And occasionally you would find a posse of visitors or elderly locals taking their lives and their mallets in their hands and tottering around the paddock risking the mirth of the anarchists. And good luck to them.

If I take myself way way back, my first experience of “golf” was using a 1930s vintage putter to smack part dog chewed golf balls towards a wooden contraption my grandad had made and painted, with carefully carved archways sat beneath economically etched scores, on his well manicured back lawn. I wasn’t to know this wasn’t real golf. It certainly was to me.

Right now I am writing this at a bar with a giant chess set in it. Again it’s a lively bar, bang in a heaving mid city setting, an on a busy Saturday night it feels more than a little odd. Pawns and bishops, knights and queens strewn across the board and its environs, woefully out of place, in anarchic displays of unbridled randomness not seen since medieval times. And certainly no resemblance to the serious rigour that is a game of chess. Yet occasionally, on Sunday afternoons and holidays, this chess board can be found in deep use, by studious and engrossed would be masters.

My point is that it some ways it doesn’t matter if the sports played a bit differently, or is in the wrong place, because in reality we all accept that sport is good for us, sport is fun and sport earns a place in our every day lives. And we are overall tolerant and open to alternative sports, given the innate knowledge that they are open to all and many will find enjoyment and solice in different sports, even if certain specific sports are not for us.

And then my view changed. 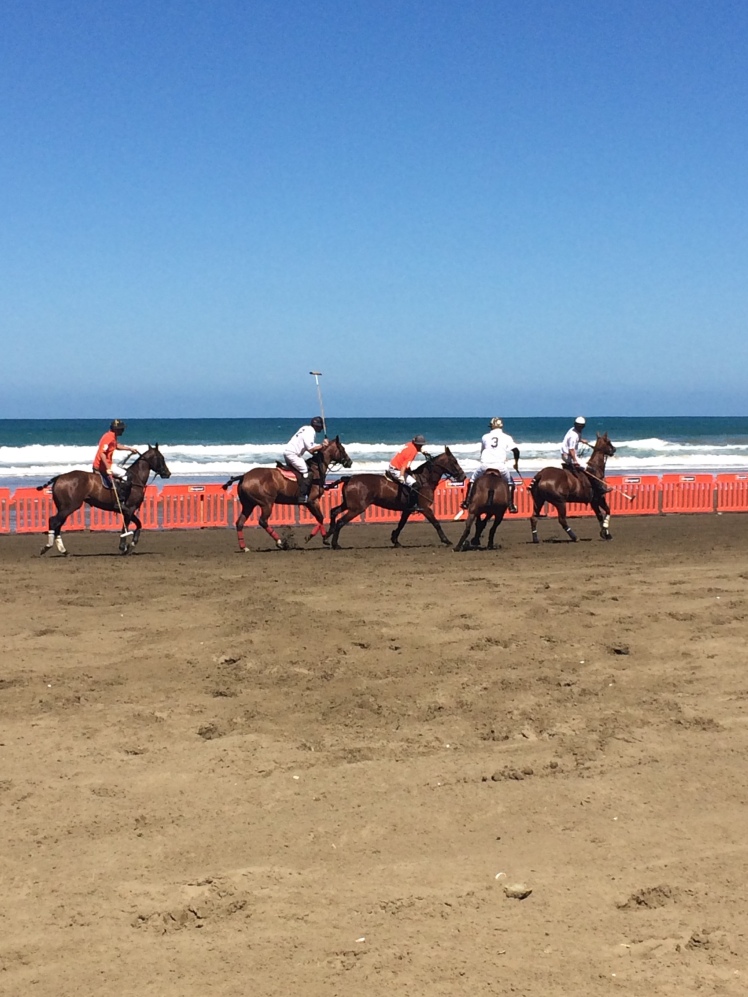 Recently I finally got persuaded to attend a game of polo, or pilooo as it seems to be pronounced by all who attend. Now I have been invited before more than once and have always managed to find an excuse not to go. This time I failed. I don’t know why I viewed it with such trepidation, probably the anti elitist rebel in me, but I seemed to have no such quarrel with the sparse elitist Croquet set while at university. No, admittedly there is just something about polo that switches my buttons to red hot.

It started badly. Sponsored by the obligatory champagne company, the arduous task of even being let in took its toll, given how we clearly didn’t look the “type”, let alone the idea of accepting our complimentary tickets due to our special invite. That set the scene for the afternoon. Treated like the outcasts we were, we skulked around at the back and the sides of the event, trying to stay out of the surly aristocratic or faux aristocratic gazes that we seemed to attract. And when the event started it took a turn for the worse. Maybe it’s just me but watching or playing I like a little bit of variety and the unexpected to happen in my sports. Not just the same aristocratic arrogance scything through the field again and again, to the delighted gasps and drones from the sidelines – “Ooohhh, Sebastian is woooonderful”, as the singular swashbuckling hero hollers at team mates and foes alike and struts his stuff. One “hero” per team seems to be the recipe, and woe betide you get in their way – friend or foe. For me it was a whole afternoon of ego massage to the last people in the world that need it, and it turned me right off. Luckily I think a return invitation is unlikely.

More happily, it hasn’t changed my view of sport – or indeed of the aristocracy. I guess in reality I should just be comforted that it’s a case of horses for courses (although what the horses in polo did to warrant being attacked by mallets and cannonballs is beyond me, I can’t help but think they’d rather be jumping fences). Sport is there for all, and it’s benefits are universal. And somewhere in that bizarre bazaar there’s something for everyone. I implore you to find what works for you (unless it’s polo) and dive in and fill your boots.