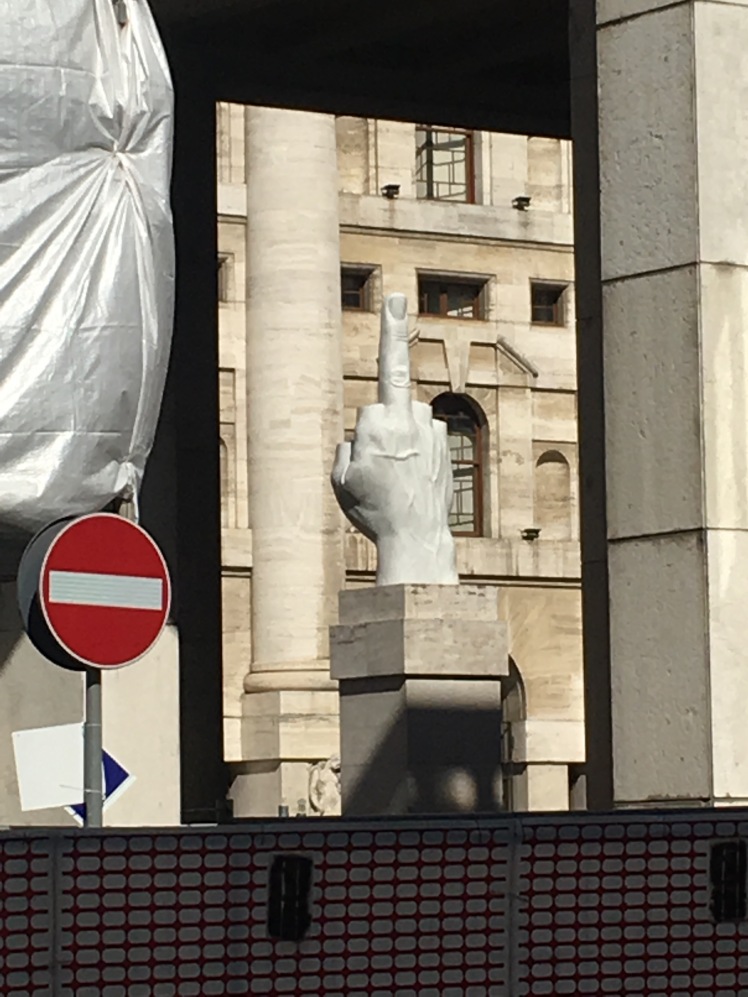 The last few frenetic weeks have brought to life a very real business dilemma which, like a perfectly spherical pebble, has skimmed its way across the stinking pond of my executive life. Very real, very hard and with a very good ending in sight. Hopefully.

I have over the years woken up to the fact that many of us overestimate the ability of our top bosses and business leaders. There are always exceptions, and they are the individuals who inspire and mould us, but they are rare. The average is frankly, less than average in everything other than self promotion and ego. And I currently have the dubious honour of working for an individual who is at the very opposite end of the scale from inspirational. The worst. Ricky the T is how we will identify him henceforth. With a capital P.

Now, the point of this tale is noble and good, just as all inspirational tales should be. The fact that it starts with incompetence is merely a sideshow. Ricky the T, our new head honcho, proved his lack of worth by pontificating, escalating and delaying a time critical decision that left me impotent and open to attack from our soon to be ex business partners. 2 months I was made to wait, despite the strongest protestations, and I could only weakly watch on as my hand turned from a royal flush to eight high as my doom approached.

So what did I do? Well, I decided that being able to look into the mirror is what is most important, and so I went with old fashioned truth and honesty. I explained the situation to the soon to be ex partner, and directly asked them to show faith in me, and not wield the axe of extortion. For a while I actually believed it was working. Truth and honour in business – who ever would have believed it? Then, the sucker punch.

In big businesses it never takes much before factions begin to emerge – especially when there is a sniff of crisis. In this particular instance the underling of the main negotiator took it upon himself to stoke up the hard liners hidden in the depth of their bureaucracy, and in an instant the triumph of old fashioned values transformed into naivety and disaster.

Two impossible options stared me in the face. A bill that would send shockwaves through the company and probably see me given my marching orders, or an immediate withdrawal of a service that all known logic and history said needed a 3 to 6 month phase out. Not much sleep going on for a few nights there I can assure you.

Somehow, a blinding combination of a quick and versatile mind, a belief in my instincts, and a damn good supporting cast meant we pulled it out of the fire. A huge slice of luck, like with everything in life, was also involved. I managed to stall the “down tools” command by a week, by giving a faint sniff of reconciliation and calling in their big boss from overseas. After the end of a long day negotiating a clear stalemate in front of our teams, he agreed to step out with me for a couple of evening beers. Just the two of us. There I used my instincts, got his belief back, bought a fragment more time and fell on my sword for a quick (but not too quick) and most importantly free, divorce. He could play the strong man to his organisation, my business would suffer as a result of setting us up to achieve the impossible. If the new partner didn’t work out, of course we would come back. An exit in 3 weeks. Except of course in the background, my fantastic support team had been beavering away to plan the fastest exit ever known in this sphere. The next morning, as we walked away from the formalised charade discussions based on what we agreed the evening before, we were on a high. “This is just like breaking up with my first arse hole boyfriend” proclaimed my trusty cohort. I could only imagine that she was right. As I write this, it has pretty much worked like a dream. And the funny thing? Even now, despite my constant and ongoing dramatic updates, Ricky the T and his henchmen have no idea of how close we were to disaster, and the trees that have been uprooted to prevent it. It should make me mad – it actually makes me smile.

The point of this is not to crow about how wonderful and clever I am. (Even if I did feel like a bit of a smart arse for a while – I’m only human!). It is more to reflect that if I turn the clock a few years the likelihood of even getting into this situation is about as far fetched as an Elon Musk lecture used to be. Yet, somehow there I was, making bold and brave calls instead of keeping my head down, and taking the safe and easy options in life, mascarading under a veil of loyalty. It IS easy to be brave if you try. You just have to recognise the bullshit you tell yourself when you are not being brave, and instead admit to your fears. When you face your fears head on, look them in the eye, laugh at them, THEN you can be brave at anything. One day I may even tell Ricky the T…