The never ending cartoon strip that is The Trump Presidency has thrown up yet another interesting intellectual dilemma, aka the question of being morally fit to lead. It has led me to reflect on my time close to the hot seat of a number of big businesses and ask the same question of my peers and bosses, and indeed of myself. And just as importantly to also ask what do we actually mean by morally fit, and how on earth can you really tell?

Sadly not everything is black and white. There are, we are led to believe, at least 50 shades of grey, and I’m pretty sure the serving leader of the western world will have tried out most of them. It is arguably far more easy to judge intellectual fitness, certainly easier to judge physical fitness and with the right type of doctor we can also judge mental fitness, but moral fitness? It’s not like you can draw on the closest higher being and grab his / her view and pronounce it as gospel, or at least not without it being somewhat challengeable.

Of course moral fitness is ultimately a judgement call. The problem being that judges are not always consistent, and not always right. If they were there would be no miscarriages or investigative journalism. As we know, in a democracy the people are supposed to be the judge. Yet if we were all unified by one clearly defined set of universal moral guidelines then it’s hard to see how a certain DJT would have been elected in the first place. Stranger still, I have no confidence that the people of the US would make any different call if there was an overnight snap election right now, so it’s too easy to simplify this dilemma to being right versus wrong. There will always be degrees of right.

In my experiences in the business world these degrees are continually being challenged and stretched by leaders who should know better. Some examples are very widely and misguidedly broadcast officially within an organisation – such as the newly anointed CEO who at the first sight of financial trouble decided to “cancel” Christmas, and put out company wide early December announcements to reinforce the matter. “No money is to be spent on celebrations”, he blared. “I will personally sort out any issues that arise from ignoring this edict”. Two weeks before Christmas he flew overseas for a whole week, all on the company, to attend spurious and random visits and meetings and then to host a highly expensive Christmas offsite, including a very posh expensive Christmas meal and celebration, for his entire direct team. Morally abhorrent? For sure, and a tale that quickly became company legend and cemented his reputation early in his tenure. And not in a good way.

Then there are the more telling personal insights. A few stick in my mind here, as I have long believed that it’s the little things that mean so much when trying to judge moral fibre. The alarm bells rang with me early with said CEO above when he virtually assaulted a car park payment machine in order to get his receipt for a two dollar charge. Obviously, and as he admitted, so that he could charge it back to the company. Better still, at a celebration dinner with a former well renowned and since disgraced CEO of a far bigger and better company was the Tornado Rossini incident. Now I only knew about the existence of Tornado Rossini because it had been a shared standing joke between me and my dad for about twenty years. He always harped on about the time he was taken to a posh business dinner in a certain revolving panoramic restaurant and given the most opulent dish he had ever faced. A layered fillet stake covered in rich pate. You guessed it. TR! Turn the clock forward and at said celebration dinner at a wonderfully exclusive restaurant, I noted TR on the menu, and with a nod to my dad, ordered it. The big cheese, hosting the event and about to be appointed company CEO, heard my order and followed suit, arguably not to be outdone. The towering succulent steak meals arrived courtesy of pristinely clad waiters, only to be met by a stark stare from the soon to be head honcho, who after a full couple of seconds contemplation, decided to follow his natural impulse and act. He called the waiter back and barked – “What’s this?” “Tornado Rossini sir.” “I didn’t order pâté with it!””It comes with pâté sir”. “Well I don’t want it.” And with one swirling movement he scooped the entire contents of the core of the dish onto his knife and plonked them down on a side plate, following up with a dismissive hand gesture and a demand of “take that away”. Anyone at that dinner will remember that moment, and for me that was when his true moral character was determined. It was also a pretty relevant analogy for what he did to the company whilst at the helm.

Well, I have a plan. Having been subjected to the horrors of a full on data driven Executive Assessment recently ( https://strangefishbigpond.wordpress.com/2017/10/19/the-executive-assessment/) I would recommend this as part of the process but with a twist. Fully live and streamable for all company staff to view, and for a presidential race, live to the nation.

I would go further. Indeed an entire programme of morals testing could form a new type of Olympics, which could follow on from the presidential primaries. The moral marathon could see each candidate fitted with a live webcam for a full week, to check for those telling moments of road rage, flatulence or domestic anger. Even better hook it up to a thoughts-cam if such a thing exists yet. If it doesn’t it surely will soon.

For sexual morality (admittedly for males only, but let’s face it, apart from the odd secondary school teacher, it’s the males that are the problem here) we could reinvent the medieval Red Hot Poker test, that when described to me in history class had such a devastating and long lasting impact on my teenage psyche. The main premise being to strip the combatants naked, sit them down with a red hot poker just above and across their knees. Then parade a posse of naked female dancers in front of them, and get them to prove they can show real restraint. It would certainly draw in the crowds to any live showing and would no doubt get rave reviews as a reality TV concept, not to mention bringing a whole new meaning to the term a hung parliament to the victor. 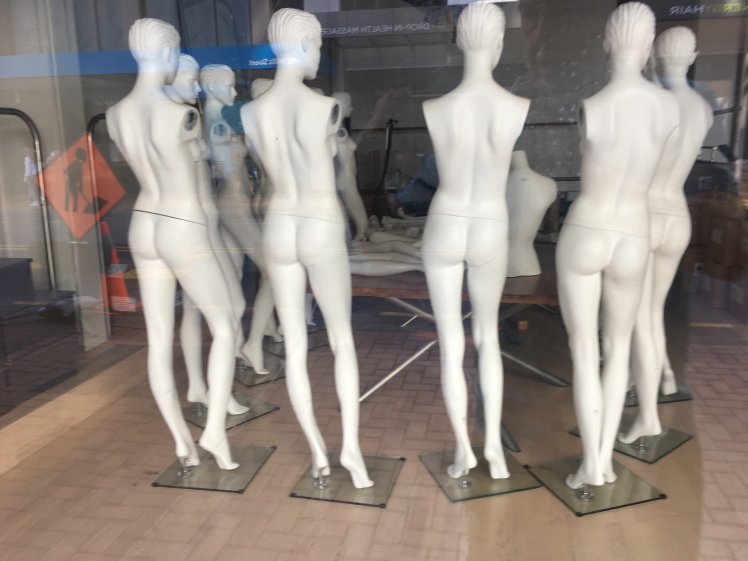 In the dictionary Moral is the next door neighbour to Morale. I’m sure the linguists would concur that this is not a coincidence. The morale of a company, a team or even a nation, is inextricably linked to the moral fortitude of its leadership. When this fails, people know, but don’t or can’t always act. In future we need to find a way to act must faster and former than we do. And maybe the advent of the Moral Olympics, live streamed 24/7 with vote buttons, will help stop us getting into this mess in the first place.