I came across a new one today. The circular economy apparently has replaced the linear economy. I must have missed the edict. It was raised at one of the new horrors of my ex-Executive life – the networking function. I tottered along with 200 or so others to a breakfast session with an eminent politician to listen to twaddle, grasp sweaty hands and exchange pleasantries with total strangers in an increasingly desperate way to smooth my route to a new role. Unfortunately I was the only one that landed sartorially on the jeans and jacket combo, but hey, if you’re out to make an impression it’s best not to be half hearted. The talk about business and the economy and their rights and wrongs ran its course – mildly interesting at best but at least common sensical – only to be followed by the habitual Q&A. At this point the split in the audience between those who are there to make a self serving impression and those who are there to nod and make up the numbers became clear. The guy next to me was the former. Straight in with a pointed attack poorly disguised as a question, he basically called the speaker old school, outdated and of a bygone age due to his whole spiel being based on the linear economy rather than the new modern circular economy that we are now all a part of. Lots of nods around my table. The speaker struggled to answer at all at first, then highlighted the challenges with “consultant speak” and then said what he wanted to say on a vaguely related topic. Asked by the politician if that answered his question, my neighbour answered a resounding “no” and was hitherto treated as a messiah by my table colleagues. At the end, rather than just slink away, I decided to politely ask him to explain in more detail what he had meant by his question. The messiah looked at me like I had two heads but I persevered, unperturbed. And I’m glad I did. The answer was not overly convincing to me once we got past the sound bite and into the meat – it seems that it’s to do with backing new industries over old, investing in technology (of course that had to be in there somewhere) and building ecosystems that draw on sustainable sources, but quite where the circle entered the equation I wasn’t quite sure. We parted by broadly agreeing that new industries were indeed changing the world, sustainability was important for the future and we needed to keep up in order to stay relevant. We nodded, shook hands, and went our seperate ways. No shit, Sherlock.

A circular economy is an interesting concept and upon further reflection I feel is quite apt for where we are now. A linear economy is clear. A to B. A is departure. B is destination. Put lots of effort in to get from one to the other and you get the result you want. But a circular economy? Put in the same effort and end up back where you started? Is that in terms of a companies financial performance? Or a persons social standing when trying to better themselves? Or engagement with teams and communities? Or more likely given the state of most cities a statement about futility of infrastructure and transportation if you try to actually travel anywhere? Now I do of course get that we are draining our world of it’s oh so precious resources and our erstwhile head in the sand approach to this is not exactly a recipe to solve these world threatening issues, but still. A circular economy. Is that really what we aspire to – to go around in circles? 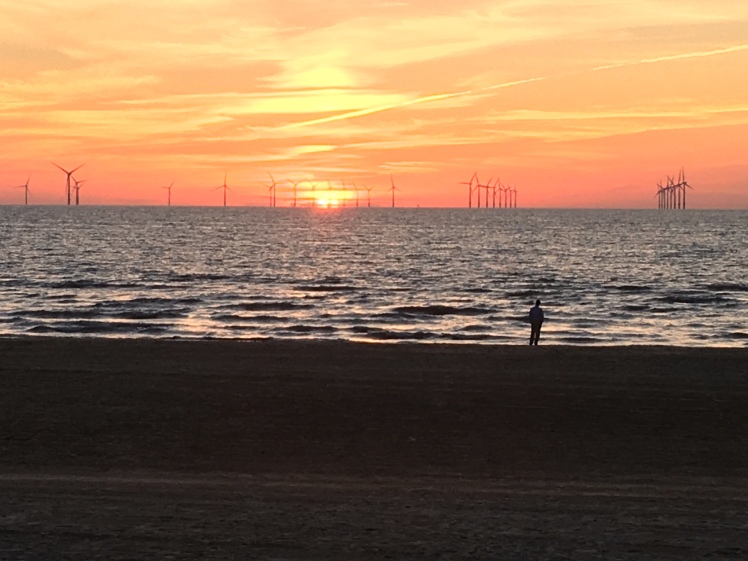 As I see it the biggest challenge out there now is that getting any real growth is tough as old boots. Yet real growth is still vitally important. If you squeeze a bag to get air out, once the bag is empty it’s hard to conjure up any more air. Capitalism as we know it seems to be struggling for breath. A big consequence of this is the ever increasing gulf between the “haves” and “have nots”, which has never been starker and is only going one way. And at a pace. Suddenly, the objective of growth is being replaced by other things. Feeling good about yourself, others and the planet. But isn’t that missing the point of capitalism, and the self improvement it brings?

Ways of making money are changing beyond recognition. Even in the garish 80’s the normal Joe stood a chance of copying the pros. And having the ability to move across the bridge from “have not” to “have” is still absolutely essential, and still fundamentally relies on capitalism. These days, despite the supposed age of transparency, it seems to me that these routes are more hidden than ever. Angel investors and private wealth are all the rage and are all invisible from any semblance of a common view. Property is increasingly unaffordable. Stock markets don’t provide stable wealth creation opportunities any more because big companies have stopped making big profits. They’re just looking to survive against the new breed. And the new breed is the biggest con job in history. Start ups that don’t even pretend that making profit is the aim. It’s all about creating value for backers and aligning it with a spurious greater purpose to give back to society, which can frankly, never be measured. Then they are quickly sold on or floated, and the very rich become even richer and the rest of us are left with empty pockets scratching our heads. Is this capitalism? No. Seems to me that this is the final throws of a man made system of capitalism, that just like all manufactured systems, eventually outlives its usefulness.

Why? Because greed and people get in the way. And those two together are an evil and potent mix. Look at history. The purest idea in the world – communism – was wrecked in exactly the same way. There was nothing wrong with the concept. Fairness for all. Who could argue with that? No, it was only when the concept was turned into reality, and the plan had to be executed by people, that steaming uncle Joe appeared and smoked it all to death. Literally.

The parallels with today? There are loads of them if we care to dig deep enough. The world is on the cusp of revolution. Common people in the developed world have had a gutsful of leaders avoiding and evading while the rich line their own pockets in ever more innovative ways. Sadly the anger of the people can get displayed in distorted ways. Cue our Donald. And Boris. Et al. New systems, processes and ways of living and existing are springing up like wildfire. As is wildfire. It’s probably a response to the malaise and stagnation of the last 20 to 30 years. And the reaction will only get more radical and angrier unless global problems start to get solved.

And of course the biggest red flashing light is that they obviously won’t get solved. The warnings of the past are not being heeded. In fact they are being scornfully tossed aside. She’ll be right attitude seems to be running the show. There is no depth to any rigour or focus on economic and social fundamentals, just as long as the dials keep moving. Scarier still, not only will we not solve the big issues, but we are due a major wobble, and this time we are far from equipped to cope. The future of capitalism is the dustbin. What happens with the next crash? The last one created enough doomsday prophecies for capitalism and all who ride in her and that was when we had sensible politicians in charge (and yes, I do realise the ridiculousness of hindsight when I find myself calling Blarey Tone and George Dubya sensible). It was also when most rich countries actually still had some access to funds. Not now. If it goes bang now we will be rudderless, penniless and defenceless. And then we really will see the anger of the have nots.

So back to the circles. In the absence of genuine growth opportunities spurious concepts are all the rage and are getting lapped up by a new keen breed of business intelligentsia. It scares me just how easily these theories become mainstream. Blame social media. Blame the absence of any real viable plan. Blame the politicians and leaders. I just wish we could spend less time coming up with fancy new google-friendly headlines, and more time actually working together to solve some of the issues behind them. Talk, after all, is cheap. Perhaps the best we can hope for is to go around in circles. It may be futile but at least it’s not a reverse linear economy. Marching backwards. Over a cliff edge. With a blindfold on. Tied to a concrete block. Sadly that’s exactly what it feels like it is.