I started this post a few weeks ago, and in all good faith. A hopefully insightful and humorous ditty about the modern world and the pace of change, together with some fickle observations about its fairness, its quirks and its idiosyncrasies. How naive that all feels now. Pace of change has just met hyperspace, and our world will never be the same again.

So, I’m left with a choice. Plough on regardless with my outdated drivel, or join in with “COV-chat”, – which seems split in half between the horrific and predictive, and the heart warming and delusional. I reckon there’s enough out there on both halves of the equation, so I’ll just push on. With a tweak or two here and there. Perhaps it will serve for some as a welcome relief.

They arrived overnight. Silently. Menacingly. Efficiently. Standing bolt upright. And proud. This resplendent green alien motionless army was a sight to behold as the long shadows of the sun arose from their slumber. One by one the unsuspecting local population began to appear from the houses, pathways and alleys, each of them transfixed by the new visitors. If it wasn’t for the fear of the unknown and a general unease about their intent, then the local population may well have stood back and simply applauded the sheer audacity of their invasion. This was the unscripted, unheralded and unexpected arrival of the lime green e-scooter army.

I’m lucky enough to live in a city that has fully embraced a digital future. Either that or the powers that be are asleep at the wheel. In truth, as always, it’s probably a bit of both. In any case the result has been a quiet online revolution in many places and households, but also a very clear and physical one around the city roadways, pathways and hotspots. And the physical embodiment of a city leaping into a bold new e-future is the e-scooter. Despite facing the blaring sirens of a headline hungry press, desperately searching for any semblance of a fear ridden change resistant readership, by shouting “DANGER” within seconds of this army arriving, the local government remain firm (or firmly asleep). Legislation was not the answer. The free entrepreneurial market, with its PE backed techno gadgetry, could do its worst. And they did.

The lime green army ruled the roost for perhaps a month. Everyone wanted a go. Mainly the young – of course – but also tourists, businessmen with briefcases, couples perched together, and even a few brave old folk. Everyone got the app. Lime green was the only colour. And the only target. Then suddenly they weren’t. Blatant copycats started to appear but in starkly different uniforms. A violet set. A black set. Even a dark green set. Competition is obviously a good thing, but how many apps can you sensibly download and how many e-scooters does a city actually need? It was starting to get silly.

It was changing the city however. None of this – “let’s wait and check that it’s safe” – it was just – GO! Flying around the streets and pavements and bikeways like a sci fi movie on speed. The scooters even seem to learn to commute. And it seemed to me they were living a real life just like the people they supported. In the mornings they were alert and awake, standing side by side near the roadside in suburbia, almost emitting a plea to “pick me”. During the day they were fully active, scooting around to their hearts content. And then late in the evening they were done. Laying distraught and exhausted in gutters and by fences. Some of them worse for wear and some just plain out of juice. Occasionally, if you peered out your window late at night, you may have seen a silent army of vans crawling along the gutters and curbways, seeming to reach out in some way to the invaders. And yet miraculously, the next morning, there they would all be again, pert and alert, as if the previous days toils, trials and tribulations had never happened.

Meanwhile, behind the scenes, dark forces were approaching. The naysayers were getting traction. Safety. Licensing. Impact on other modes. It’s not fair. Eventually the press won their battle. The headlines screamed that our lime green army was to be defeated and sent packing – “for a period of review”. The poor unsuspecting population, who had silently and seamlessly changed their habits as one to adopt this new exciting disruptive force, were left to scramble and were left thinking – “why did I bother”.

The formal review was not exactly transparent. Sure the lime green army was a big bold funded start up, and not from these shores. And as such the powers that be seemed hell bent to put them in their place. Safety record not strong enough. Top speed too high. Not responsive enough to our requests for answers. The tone was set. The leaks to the slobbering local press were incessant. I started to smell a rat.

It was still a surprise when the answer came a few weeks later. “Three operating licenses will be granted.” And then the hammer blow. The lime green army had failed. As had all the copycats – except the semi invisible violet wannabes. Of course, they were local, therefore needed support. Sounds fair? All the other armies disappeared as silently as they came. Most had gone anyway during the review period, but any lingering remnants shirked away, and the apps started not to work. Then the hammer blow. It became apparent that while two of the three license winners were local, the other – and as the next 72 hours would show, the clear winner – was far from local. Fully owned by one of the evil big six global behemoths that are looking to take over the world. That’s right, the one that rhymes with Stuber. The stench of the rat was overpowering. 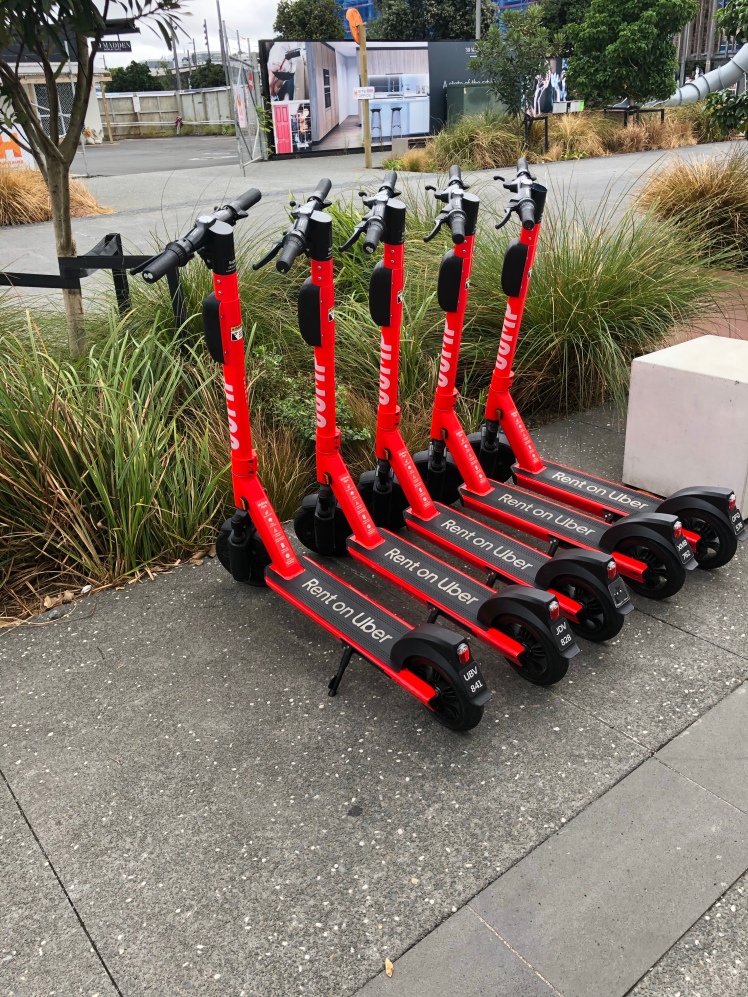 It seems bizarre to me that in an era where we are continually told everything is up for grabs, in reality, nothing could be further from the truth. The horse has bolted and the future has been bought. And only a world changing pandemic can change that. Here’s hoping….