Well, that’s that. In what has been quite simply the most unlikely 8 week period of my life, I, a hereto veteran and expert shirker of significant exertion, have successfully completed a full marathon. What’s more I ran all the way, and achieved a seemingly respectable time (as heralded by those in the know, which I hasten to add does not include me). I’m still at a bit of a loss to know my true state of mind currently. Euphoric, proud, confused and more than a little bit drained. But mainly proud, which is nice as its not a normal part of my make up.

It’s much easier to describe my state of body – it’s knackered. There are things that you only discover mid way through the journey to being a marathon runner. Or at least I did. The most horrific is the story of toenails. Nobody told me that toenails are very likely / almost certain to turn purple and fall off during or after excessive long distance running. Oh, and hurt like hell when they are doing so. I’ve currently lost two with a further two looking likely to follow any day. They seem to have taken on the persona of lemmings. Swimming pools, the beach and chiropractors are a definite no go currently. Runners knee is another ailment of which I had no concept until recently. By God do I know what it is now. It’s the thing that keeps forcing my entire left hand side to unexpectedly buckle – particularly when out Christmas shopping with my wife. My right ankle I did know about. No excuses of ignorance there. It would be fair to say that this was a risk that I knew I was undertaking when I signed up for the 26 mile funfest. My regular reader may remember my ankle was rebuilt three years ago. But without any bionic bits. And with a very clear instruction not to over exert it on activities that would put undue stress on it – like running. At the time this nugget of personal well-being information seemed interesting, but was broadly irrelevant. By the time the marathon day was approaching it was seeming very relevant. In the run up to the event the “ankle” question was big enough in my own mind, without taking into account the vigorous reinforcement of these questions from my ever worrying wife as well as my doctor. I have always treated my body as a temple – sadly it is the type of temple you tend to see on an exotic holiday to Cambodia or in an Indiana Jones movie – all overgrown and falling to bits. Well it’s fair to say that the temple has jolted into life over the last couple of months and whilst it’s now in need of rapid repair and recuperation, it did its job with aplomb, and won the battle. 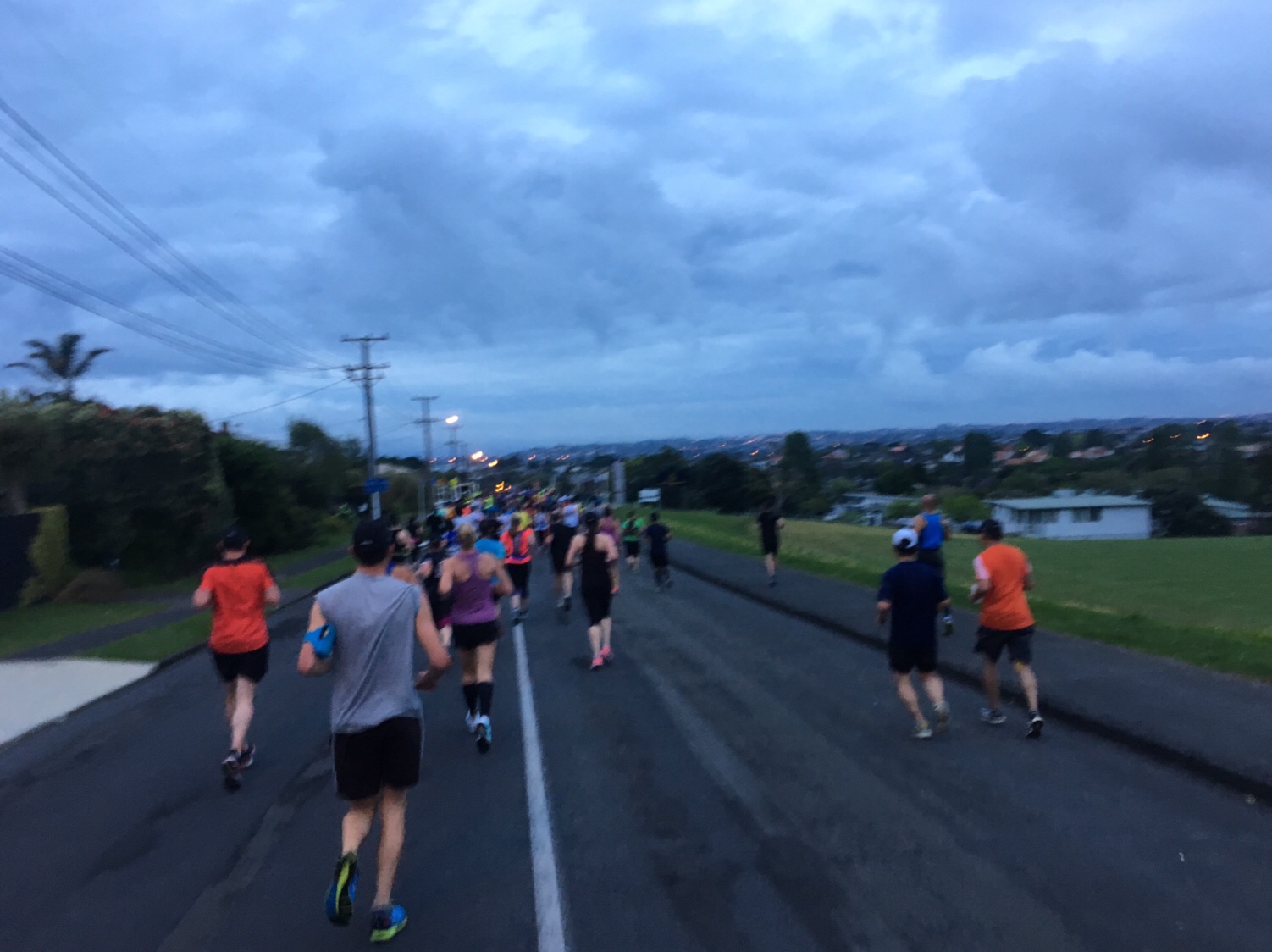 So with the body and the mind being taken care of, and fifty percent of them benefitting hugely from the experience, then the most pertinent question is what has been the impact on my soul? Well without getting too deep, I think this has been the real success story for me. My taking up running in the first place was a huge surprise to all who know me – not to mention to me, and probably the clincher for me continuing to push on with it was the inner feeling of strength, calm and all round goodness it gave me a lot of the time, both during runs and equally importantly post runs. With the completion of a full marathon these feelings have magnified. Despite all the warnings from the doom merchants, a semi decent preparation set me up to completely miss the dreaded wall, and in fact there was no point during the race that I felt anything other than certain I would complete it (it helped that I was virtually asleep for the first few miles). I was also warned about the one really steep hill climb, but again I nailed it with gusto, trundling past fellow runners with abandon. I waited for the sheer mental grit and determination I was told I would require to complete the final 10k to kick in. Well if this is true, it must just come naturally, as I never felt the need to gird my loins or grit my teeth – instead I just plodded on. It sounded like it should have been a massive battle with myself to overcome these huge challenges, but it truth it wasn’t, and I put that down to the calming and therapeutic impact long distance running has had on my soul. I have no idea why, but I feel more complete as a result of my completion.

It was different in the build up. In the final week pre race my mood darkened and worsened with a trio combination of nerves, worry and doubt overcoming me. As if to temper my angst, fate decided to play a further hand by plonking me in the passenger seat of my stationary car whilst it’s fickle finger rear ended me at pace, courtesy of a not so angelic black BMW. Immediate whiplash was not my first thought as I leapt out the car and gave a volley of expletives that cause me to blush even now. Not helped by finding out that the profession of the non attentive offending driver was a professor of UFO’s, for which, I can only assume, he was looking at the time. Post race I too saw the funny side, and seemingly no harm was done other than to the Beemers bumper. 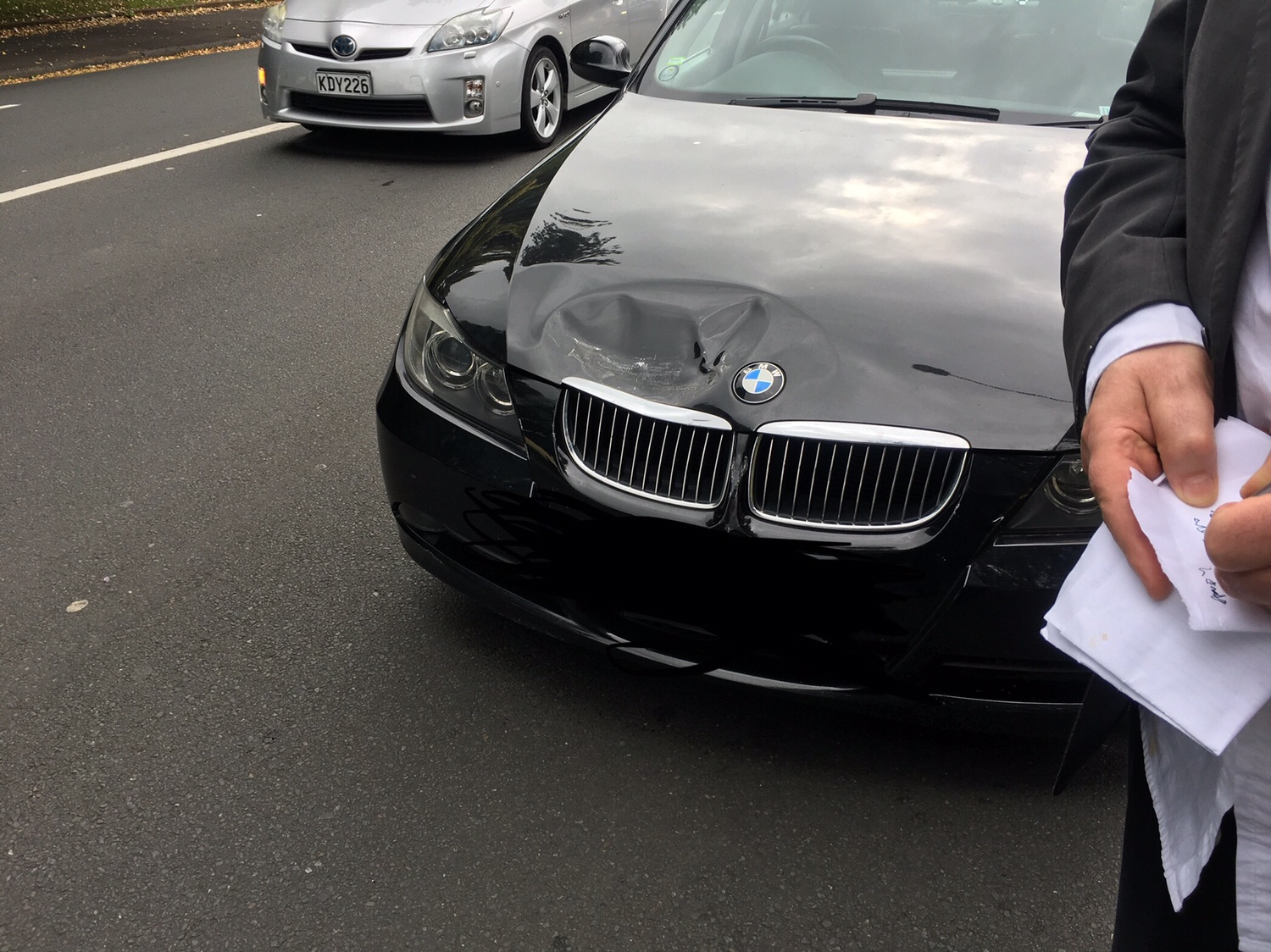 Race day finally dawned – although by that time I’d already run about 3 miles. Getting up at 4am for a small breakfast was the first and possibly biggest shock to the system of the day. One of the more memorable moments was the 5am boat ride journey to the start line. Sat out on top deck skimming over the water there was a ultra surreal feeling as the battle with my demons was rudely interrupted by a sudden recognition that on a boat jam packed with runners everyone was silent. Only on reflection have I realised that mentally everyone was in the same boat (the HMS Metaphoric). And all was still unfurling in the pitch dark of night. Porridge and coffee had done its job and suddenly 5 minutes pre off time I felt an urgent need to join the massed throngs of vested humanity trying to get a final bit of pre race relief of the most practical kind. Getting to the start line with almost 90 seconds to spare meant my warm up regime was somewhat truncated. You can imagine my glee when less than 2km into the race, at the first of many beautiful bays, I felt a tweak in my hamstring. And still it was not close to being daylight.

Luckily, once it did get light things went more smoothly. I expected hordes of runners alongside me and more hordes of spectators urging us on. I was pleasantly surprised that neither of these proved to be the case. I had to shake off one unnervingly smiley old man who seemed to take a shine to my shadow, by inventing a mystery injury and fake pulling up, and then I was running pretty much alone. The crowd of onlookers was small enough to be meaningful. Genuine encouragement given, and very gratefully received, by people I’ve never seen before as well as a small splattering of colleagues and friends at key parts of the course. And of course my core support crew at the finish. Other memorable moments along the way were reasonably few. A slight ruckus close to halfway when the motorbike heralded the arrival of the half marathon leaders. One particularly indignant fellow marathoner refusing point blank to vacate the middle of the road was a mild and amusing distraction. Towards the end the toll of seemingly athletic looking casualties hopping and falling by the wayside did enough for me to raise my eyebrows as I ran over / around them. But on the whole I just kept my head down and trudged on. Looking after my aching limbs and my tweaky hamstring, drinking water and coke and scoffing the occasional chocolatey gel kept me busy enough, and my only real ambition race wise was to stay in front of Batman (which I did). It started to dawn on me with a few miles to go that I really was going to do this, and the smile started to spread across my face, which hasn’t really left yet. A few more urgings from the crew, a sprint finish when safely in sight of the tape, and I was ready to grab my medal, a banana, and a beer, and collapse into the massage tent. Job done.

The aftermath. I’ve never been one to big myself up. Career wise I’ve done well but recognised the huge role that luck has played in that journey. Life has been good to me. I’ve travelled the world and seen so much that I am mainly grateful rather than expectant. In the sphere of love I’ve always tried to be generous and genuine rather than the nauseating egotistical alternative. So I believe I’ve kept my feet firmly planted on terra firma. This marathon experience – and my own achievement – has moved me. I raised significant funds for a worthy and personal cause. I survived to tell the tale. I let no one down. But most importantly I genuinely, and possibly for the only time in my life, really impressed myself. And I am my own biggest critic – although my wife may disagree. The so what? I’m not suggesting everyone runs a marathon. But, if you can find a way to take yourself so far out of your comfort zone you don’t even recognise yourself, you may just be surprised by what you find, what you do, and most importantly, how it makes you feel. Right, that’s it, I’m off to do a triathlon (joke!).